Amber Weigand-Buckley, editor Do you feel like God is calling you to write a book? What would you do if I told you you could reach one person with the…

Continue ReadingLetter from the Editor: His Message, By All Means 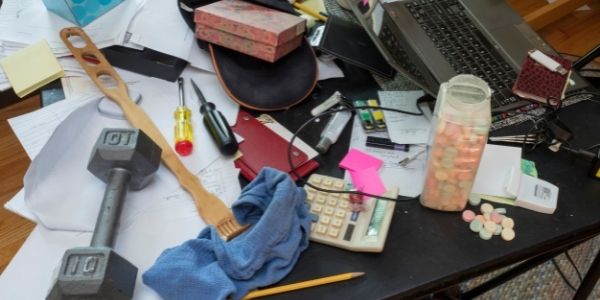 Some people have a junk drawer, but I confess I have a room dedicated to random stuff I keep. Amber Weigand-Buckley, It is full of great memories, seasonal items, things…

… “If anyone is thirsty, let him come to Me and drink. He who believes in Me, as the Scripture said, “from his innermost being will follow rives of living water.” But this He spoke of the Spirit, whom those who believed in Him were to receive… John 7:37-39 NASB

In the early hours of the morning, my mouth was dry, so I turned to the side table, as usual, to take a drink from my water bottle. I took a long sip, then, naturally, headed to the bathroom. There I immediately proceeded with the up-to-the-elbows-20-seconds-of-Doxology hand sanitation. (Hopefully, we all have gotten that part down.)

However, this time, instead of focusing on the words of the Doxology, I was thinking about the water.

I was focused on the significance of our body’s makeup of 80 percent water. It’s the 80 percent that runs through the 20 percent of these skin and bones.

In fact, in Genesis 1, the Spirit of God moving across the water was the first stirring of life from the earth in Creation.

Think about it. It’s the movement of the water that sustains the 20% of skin and bones that are ripe for sickness and the breaking. But as much as we need fresh, pure water, we like to try to replace the 80 percent with inadequate substitutes: things that actually make us more dehydrated than if we would simply drink the water we need.