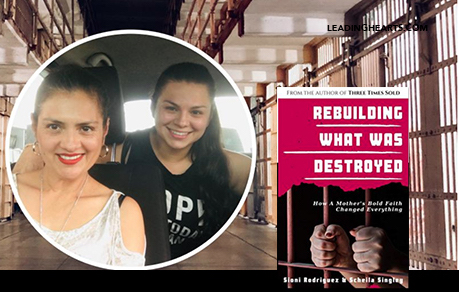 by Intern Breanna Berry in Leading Hearts Magazine Interview with Authors Sioni Rodriguez and Schelia Singley IMAGINE YOURSELF IN A POSITION YOU NEVER WOULD HAVE THOUGHT TO BE IN. Had…

IF THE EARTH WERE HIT WITH A WORLDWIDE PANDEMIC, WHAT’S THE WORST THAT COULD HAPPEN?

You know these answers by heart: sickness, death, losing a loved one, job loss, not being able to pay bills or rent, having to work from home while homeschooling kids, or horrors — not being able to buy toilet paper!

All of this sounds pretty drastic, and yet, suddenly, very familiar. Yes, these are hard, unexpected times, and we never saw it coming.

END_OF_DOCUMENT_TOKEN_TO_BE_REPLACED
Continue Reading Is This the Worst of Times?

Q: Does the Bible call the Ten Commandments the “law of liberty”? How could the Law liberate someone?

But the one who looks into the perfect law, the law of liberty, and perseveres, being no hearer who forgets but a doer who acts, he will be blessed in his doing. This verse makes us take a closer look at the Law, which from the context includes the whole Bible. 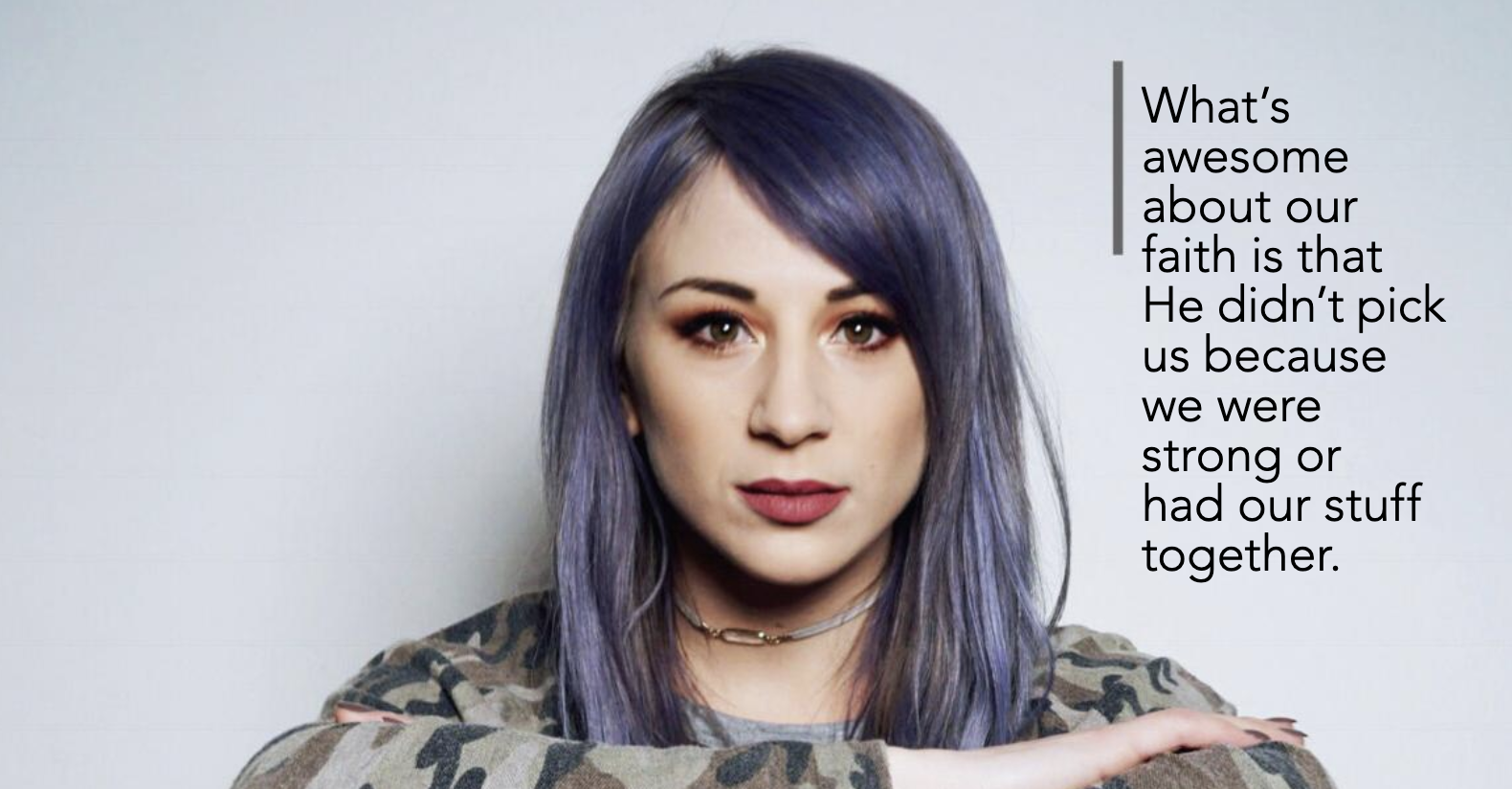 SINGER/SONGWRITER AND DRUMMER JEN LEDGER KEEPS A BUSY MUSIC SCHEDULE MOST DAYS as the drummer of Skillet and the lead singer of Ledger.

She will tell you that she formed Ledger mirroring the bold music of Skillet. Her latest release, however, is definitely a more slowed down, intimate ballad. “My Arms” seems to have been released at the most perfect time. During these uncertain times, it encourages us to be real and run to the arms of Jesus.

I AM A TRUE BO PEEP. I GREW UP ON A SUFFOLK SHEEP FARM IN IDAHO. I was a fourth-generation shepherd. If there is something I am familiar with, it is sheep! So, when I wrote on Psalm 23 for my book Discovering Hope in the Psalms, it was a very personal, very encouraging and very comforting review of the first verses I memorized — and lived — as a child.

And for all of us, in today’s world of uncertainties and unfathomable tribulations, our heart longs to be protected and provided for by a Good Shepherd.

YOUR TEARS DON’T MOVE ME,” A PROFESSOR TOLD A WOMAN IN MY HUSBAND’S COUNSELING LAB. His words stunned the group, but the woman stopped crying. “Those were tears of frustration,” he said. “They weren’t tears of brokenness.” I’ve thought of that when someone’s tears haven’t moved me and wondered what was behind them. Crocodiles shed tears when they eat their prey, but not from regret or sorrow.

Some people use tears to manipulate. Others use flattery. If that doesn’t work, they pout or explode to get us to follow their script. I joined the staff of an outreach ministry after college to work with high school students. I felt duty-bound to any student who reached out to me. My inexperienced faith confused my role with God’s.

I allowed a student to manipulate me out of time and sleep. Her urgent calls at all hours and unwillingness to acknowledge my efforts to terminate calls left me exhausted. When my director found out he offered some sound advice. He said the time I gave this girl took away from spiritually receptive students and from God’s best. My time belonged to God, and I was accountable to Him for how I spent it. His words resonated with me.

I’d begun to dread hearing from this gal, and his counsel gave me permission to limit my one-on-one time with her.

END_OF_DOCUMENT_TOKEN_TO_BE_REPLACED
Continue Reading How Do You Deal With Manipulative People?

WHENEVER I VISIT HOPE VALLEY (the set of Hallmark’s “When Calls the Heart” television show), I’m always struck by how different things were back in 1915 and in the years following (which is when the show is set).

The antique cook-stove in Elizabeth’s house, the stagecoach pulling into town, the lack of telephones and cars in the early seasons, and the absence of so many other modern conveniences are stark reminders of how things have changed through the years.

But even without all the must-have things we take for granted now, there were important life-lessons from back then, things that many of us have forgotten or ignored as we’ve rushed through our busy days.

The sense of community was one of Hope Valley’s riches.

END_OF_DOCUMENT_TOKEN_TO_BE_REPLACED
Continue Reading When God Calls the Heart Back to Him

I PRAY YOU AND YOUR FAMILY ARE STAYING SAFE during these unprecedented times by practicing physical distancing from others, extreme hygiene measures and doing the needed self-care to keep your immune system healthy.

This past week has been one of the longest periods of “down-time” I’ve had in months. After having six speaking events postponed in March/April, I find myself looking for ways to best use this time. The two types of R.E.S.T I have needed most are social rest and spiritual rest.

I have come to dislike the term social distancing. During times of chaos, we need those people who are calming and life-giving in our lives.

Social rest isn’t about getting away from people, rather it’s about being restored and renewed by the energy and presence of positive individuals.

END_OF_DOCUMENT_TOKEN_TO_BE_REPLACED
Continue Reading Could This Be Your Time of Preparation?

… “If anyone is thirsty, let him come to Me and drink. He who believes in Me, as the Scripture said, “from his innermost being will follow rives of living water.” But this He spoke of the Spirit, whom those who believed in Him were to receive… John 7:37-39 NASB

In the early hours of the morning, my mouth was dry, so I turned to the side table, as usual, to take a drink from my water bottle. I took a long sip, then, naturally, headed to the bathroom. There I immediately proceeded with the up-to-the-elbows-20-seconds-of-Doxology hand sanitation. (Hopefully, we all have gotten that part down.)

However, this time, instead of focusing on the words of the Doxology, I was thinking about the water.

I was focused on the significance of our body’s makeup of 80 percent water. It’s the 80 percent that runs through the 20 percent of these skin and bones.

In fact, in Genesis 1, the Spirit of God moving across the water was the first stirring of life from the earth in Creation.

Think about it. It’s the movement of the water that sustains the 20% of skin and bones that are ripe for sickness and the breaking. But as much as we need fresh, pure water, we like to try to replace the 80 percent with inadequate substitutes: things that actually make us more dehydrated than if we would simply drink the water we need.

END_OF_DOCUMENT_TOKEN_TO_BE_REPLACED
Continue Reading The Truth from 20 Seconds of Hand Washing

God knows, and He is with you right now, this present moment.

AFTER EXPERIENCING LIFE IN MANY DIFFERENT AND CHALLENGING WAYS, ROBIN LUFTIG WAS ABLE TO HEAL and solidify her faith by following a path she had never expected. Robin maneuvered her way through life, facing sharp turns and what seemed to have been dead-end roads. But, with God as her guide, she was able to simply “be still.”

By using her journey as a venue to reach people, God’s Best During Your Worst has not only solidified her faith but has also given her the opportunity to help others heal during their worst.