GOSPEL ARTIST AND WORSHIP LEADER KYMBERLI JOYE WOWED AMERICA when she belted “Break Every Chain” and other hits on the national stage during season 15 of NBC’s “The Voice.”

With her amazing powerhouse vocals and joyful spirit, her testimony of overcoming depression and anxiety surprised and inspired audiences. “The Voice” semi-finalist grew up in the church, a pastor’s kid in Windsor, Connecticut. She remembered that her mama says that she started singing when she started talking, but she didn’t share that blessing with the congregation until she was 12.

“I started leading worship when I was about 18 years old. I just started at Berklee College of Music. I thought about the music career around that age,” Kymberli said. “Before then, my cousin Jason (who is my manager), we were just fooling around writing gospel songs. Around 18, that’s when I decided that’s what I really wanted to do.”

Since graduating with her music degree, Kymberli has led worship and sung backup for well-known musicians like JJ Hairston. “The Voice” was the first reality show she auditioned for. “It was one of the very few auditions I’ve ever done. The only other audition I did before that was to get into music school,” she said. “’The Voice’ was my first audition. I used to say that I would never do it because it was a competition. But when the door opened for me to audition for ‘The Voice,’ it felt like the right time.”

During her audition, Kymberli noted that she was praying about the tough choice should coaches Kelly Clarkson and Jennifer Hudson both turn their chairs for her. When Clarkson used her only block against Hudson to get Kymberli, she believed God heard her requests and she chose to be on Clarkson’s team.

“It was really amazing to meet all the artists from different types of backgrounds, see their perspectives of the world and even music. It was amazing to work with the coaches and the people I looked up to for so long,” she said. “But the most I got out of ‘The Voice’ is it gave me the confidence to step forward. I have been a background vocalist for about seven years now. Being on ‘The Voice’ gave me the confident push that I needed to step out of the background and into the forefront. Not necessarily to make it about me, but feeling the confidence in spreading the message and sharing my voice.”

From the beginning of the competition, she knew that she wanted to be a gospel artist. Showing her artistry, she sang a variety of songs; however, it was her performance of “Break Every Chain” that landed her at the top of Billboard Gospel Digital Sales for two weeks. Naturally, that performance was also her favorite performance because “it was me standing in who I am and who God called me to be 100 percent. I believe that was my defining moment on ‘The Voice.’” She realized that people were really connecting with her music and message.

Kymberli shared that she dealt with depression and anxiety for years, especially in college.

“A lot of it I felt inadequate, unloved and alone. So, for a long time I dealt with depression, and depression almost took me out. But God used gospel music and worship music to heal me, to help me see that I was not alone. He had everything figured out for me. He had a plan and purpose for my life.”

She said songs like “Oceans” really helped her because a lot of people don’t realize that dealing with depression can be good for a little bit and then you can fall right back into it if you’re not careful. “So, there were waves of depression. I would come out of it and then go back into it. Songs like ‘Oceans’ helped keep me out. I can say today that I’m delivered. God has completely delivered me from it because I no longer believe those lies,” Kymberli said.

“The biggest thing about anxiety is the fear. The fear takes on like a physical form and it starts affecting your body. Sometimes you feel like you’re about to die. It’s really helped me to remember who God is and who God says that I am.”

When Kymberli was given the opportunity to be on “The Voice,” she decided that she wanted to be transparent because she knew that she did not get the platform for no reason. “I wanted to go onto ‘The Voice’ and bring light to it because a lot of people suffer in silence. I suffered in silence for a long time. It wasn’t until I was open and vocal about it that some people opened up and admitted, ‘Oh, my goodness. I’ve dealt with this too, and I felt like I was alone.’ That’s the key to why a lot of people suffer in silence. They feel like they would be judged. They feel like they’re the only one going through what they’re going through,” she said.

“So, I wanted to use my musical platform to tell people that no, you are not alone. God loves you. He brought me out of it, so He can bring you out of it too.”

Kymberli is now compiling all the songs that she has written, as well as new ones, and beginning to work on her independent album. “I’m hearing from God and seeing what He wants to say through me. I’m working on an album, and we’re getting into the studio really soon. I’m so excited to bring this sound to the world. I’ve been wanting to do this for a long time and this feels like the right time.”

Besides releasing a new album, she plans to travel the world leading worship. “I want to do some unorthodox things. Host events where people can come in that might not feeling that comfortable, yet walking into the church. There they can be inspired and uplifted and hear the gospel of Jesus in an atmosphere that is comfortable to them.”

Kymberli thanks all who voted for her and encouraged her. She also wants to encourage anyone who is afraid to step into their destiny to not be afraid. “In the social media age, we feel like if it’s not perfect, then it’s not worth it. We only put up or portray the best version of ourselves, but we all know that we have flaws and shortcomings. Don’t allow what you perceive as a shortcoming or a flaw to keep you from walking out what God has called you to do. Be confident in what God has called you to do.

“Don’t worry about the naysayers or even the voice in the back of your head that tells you that you aren’t ready or not good enough. Or that the world isn’t looking for you. The Bible says that creation is waiting for the manifestation of who the children of God really are. Somebody out there is waiting for you to be who God created you to be, and at the end of the day, if He gets the glory then it’s all worth it.”

She’s also encouraged by those who have testified to her about how her music and story has brought them peace in their pain, encouraged them to try church again, and started a relationship with God.

“I’m so grateful that I was able to do ministry while I was there. I’m grateful for all the messages that people have sent; it lets me know that I’m doing God’s work.”

The Pudding Kitchen with Penelope Carlevato 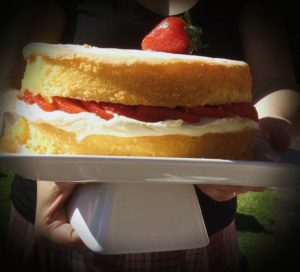 This cake is very popular for afternoon teas. It was named after Queen Victoria and was served at all of her garden teas. Favorite teas to serve with this charming dessert are: Earl Grey or Darjeeling. For a quicker version, you can substitute a yellow cake mix. 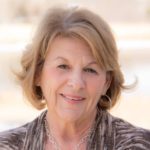 PENELOPE CARLEVATO is author of “Tea on the Titanic.” Recipe included in Leading Hearts magazine Leadinghearts.com

Sinach: God is Making a Way for YOU!