Multiple Grammy award-winning vocalist and songwriter, Russ Taff, has created some of the most memorable songs in gospel music.

Having been an integral part of the Imperials, as well as having launched an amazing solo career, Russ’ iconic voice of grit and soul is etched upon many of our hearts and minds. What some may not realize is that his wife, Tori, is an equally accomplished and gifted artist in her own right, having co-written and arranged multiple award-winning songs.

Leading Hearts Magazine recently had the opportunity to sit down to speak with this dynamic duo. They have a story to tell, and their desire is that by doing so, they will make a difference.

Russ grew up in a Pentecostal pastor’s home. Upon arriving in a town to take over a new pastorate, life was filled with fresh beginnings. That all would quickly change over a short period of time. Russ recalls, “My dad struggled with alcoholism, and our home was not a happy place. We were told often that we weren’t going to amount to anything.”

Russ understands now that the cycle of his own father’s addiction greatly affected the household and his mother’s capacity to provide a loving and stable environment. This resulted in his father’s inability to stay in one pastorate for very long, and his mother was often verbally and physically abusive.

The singer says, “Because of that, I grew up carrying so much shame. Even when I joined the Imperials, there was always this thing that would make me stand back and drop my head, and this voice would say, ‘You’re a fraud. You don’t have any business singing up there.’ You know the difference between shame and guilt? Guilt tells you that you did something wrong. Shame tells you that you are the thing that is wrong. I had so much shame.”

Tori now has a much better understanding of how Russ’ shame played out in their early years of marriage. She remembers,

“All of this was before Russ began self-medicating. The shame he was carrying wasn’t about the drinking at this point. Knowledge is power, and finding out what you are dealing with—who the true enemy is—was really important in our life. The fact that Russ had that low level of self-worth is the reason that alcohol, when it was introduced, felt like a miracle drug. The secret drinking was how he self-medicated from the voices in his head.”

Russ and Tori continued to communicate the weight of Russ’s inner pain as well as how it seemed to fade away with his first experience with alcohol. Russ explains, “I went into my adulthood carrying this great weight of insecurity and shame. Voices were always in my head.”

Remarkably, taking that first drink didn’t come until Russ was 26 years old. They were in New York, and it was a ridiculously hot day. He was in a room with a small window unit air conditioner and a refrigerator.

He says “There was a Heineken, so I popped it open and drank it. I popped a second one, and by the third one I remember the voices were becoming silent.” Those first moments started the career Russ made of drinking.

Russ began a cycle of drinking when he was out on the road touring. As time passed, moments of sobriety between drinking caused another dark realization. Russ says, “The guilt that I was just like my dad became crippling. Before I knew it, I began hiding, as I had watched my dad do.”

Tori recalls those years. “I was noticing that Russ was fading away. He was dark, sad and angry. Russ was diagnosed with clinical depression, so I attributed all of this to that depression. What I didn’t know at the time was that he was exacerbating the depression by pouring a depressant into his system on a regular basis.”

Tori explains that not all addiction plays out noticeably. “Alcoholism and addiction, in all of its many phases, is soul destroying and family destroying, but it shows up differently. Because I didn’t see him stumbling in and throwing up on my couch, I didn’t really know who the enemy was or what we were up against.

Over time, Tori and close family were able to identify the secret, and Russ entered into rehab. Tori found great support in Al-Anon, a support group for families and friends of alcoholics. Tori says, “It’s not a club any of us want to join, but it is a lifeline. We, of course, were in therapy. It’s important to know that there were years of sobriety, so this wasn’t a constant in our lives. Russ actually went to treatment three different times over the years.”

Russ attributes his current sobriety to the healing power of God, the support of Tori and that final time in rehab. October 2018 saw the release of the feature-length documentary, “Russ Taff: I Still Believe,” as it played in more than 700 theaters nationwide. The film chronicles Russ’ life, one of Christian music’s most influential voices, as well as his secret struggle with alcoholism. In the documentary, Russ and Tori vulnerably and openly share their experience, including the abusive nature of Russ’s childhood.

Tori continues to be a pillar of strength to many as she offers support to those who find themselves walking a similar path to hers:

“Though it may look so very dark and hopeless right now, I promise you it won’t always feel this way. Recovery IS possible; we are living proof. Though you may want to with all your heart, you cannot fix or save your addicted loved one — that job is for God and your loved one to tackle together.” 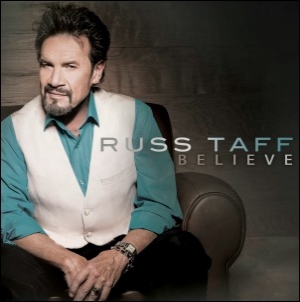 YOU can get better, regardless of what else happens around you. Addiction is a family disease, and everyone whose life is touched by it is affected by it. You need to do your own work and find your own healing. Al-Anon is free and everywhere. Good counseling is available on a sliding financial scale basis in almost every city.

“Lean hard into God — pour out your heart, your fears, your anger, your confusion. He loves you, and He can take it.”

Russ recently released his first new album in seven years, a praise and worship project called Believe. Russ says, “While I’ve previously released recordings that documented where I was in my own walk, this album is just different. I wanted to say thank you to God for carrying me through so many dark places.”

Katy Nichole: In His Name