I NEVER GREW UP GIVING MUCH REVERENCE TO PLACES AND ICONS, BUT FOR SOME REASON I FOUND MY KNEES WEAK.

It was the third day of Chanukah and I was in Israel for the very first time standing in the city of Nazareth. We had made our way past the shopkeepers and traffic lined streets to the Church of the Annunciation, which sits in the side of the hill of the city. The church was supposedly built on the spot where Mary was visited by the angel announcing her as the highly favored woman to give birth to Jesus Christ.

Under the church, you can see the excavated remains of the old city…

soon I began to imagine Jesus as a little boy as he grew spent his day helping Joseph in the carpentry shop, learning at Synagogue and playing in the streets. Even then, I wonder when or if his mother had informed him of his weighty “Savior of the World” title. 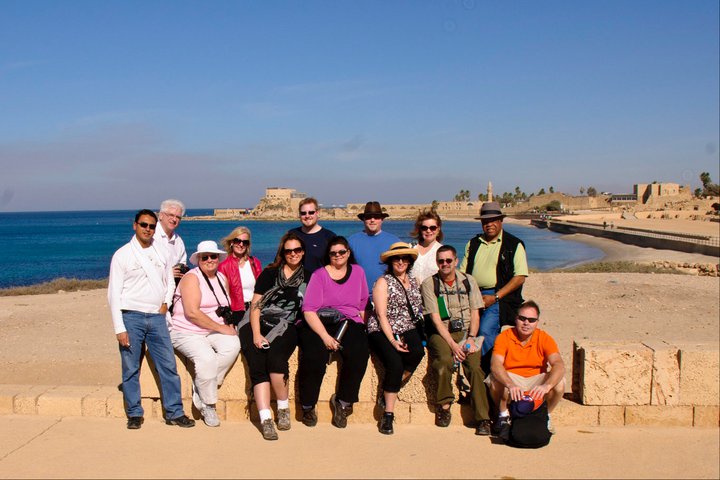 Our guide from the Israel Ministry of Tourism, Tzion Ben David, took time to explain to the journalists on our tour some of the symbols and traditions connected with Chanukah in the place where it all began.—a true an immersion experience. I learned that in the celebration of Chanukah the Jewish people have a saying “Nes Gadol Hayah Sham.”

Chanukah commemorates the great miracle of one day of oil light in the Golden Menorah lasting for eight days which gave light to the Jewish people who were in the middle of a heated battle with the Greeks. On the eighth day, the Jews defeated their great foe. As I sailed across the Sea of Galilee, walked the streets of Capernaum, and ran my hand across the temple steps it all came together: this wasn’t an isolated incident for God’s chosen people.

From Nazareth to Bethlehem, to the Sea of Galilee to Capernaum, all the way to Jerusalem to the most distant reaches of the holiest of lands—every rock had a miraculous story of provision and triumph to tell. The greatest miracle that ever was is represented in 10,840 square miles of the globe—a bit larger than the state of Maryland. A little bit larger space than the average size dreidel, but it packs a load of meaning all the same. “A great miracle happened here.”

Within the mix of Chanukah dreidels and Christmas dirt, my soul bears witness to the greatest miracle that ever happened in the Promised Land. I will walk in reverent obedience, selfless love and set my mission on being proclaiming Christ’s saving grace and love wherever I find my feet. 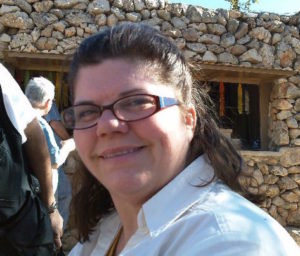 Note: In special memory of my beautiful friend and fellow AWSA Pamela Sonnenmoser, (a.k.a. Martha). I’m so glad you were able to come on this Press Tour with me before you relocated to Heaven. I miss you. 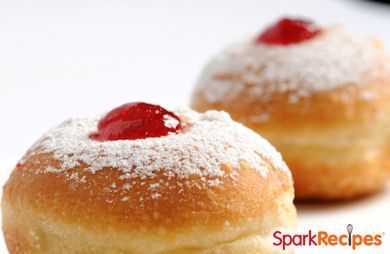 As today at sundown marks the beginning of Chanukah I wanted to share a recipe for traditional Chanukah donuts aka “Sufganiyot” I love from Spark Recipes.

Jennifer Tracy: The Courage That God Provides and Bonus Recipe for Stuffed Peppers