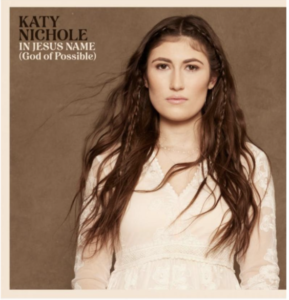 In late January, 21-year-old Katy Nichole released her powerful, prayerful song “In Jesus’ Name (God of Possible)” on TikTok to the world.

In just 12 short weeks, the song catapulted to No. 1 on Billboard’s Christian Airplay chart, breaking a 19-year record by a female artist’s debut song. The viral hit continues to chart atop Billboard and iTunes charts today.

To hear Katy’s story, make sure you have tissues nearby. God’s anointing on her life is so evident when you hear that she was born with congenital scoliosis. This rare and progressive form of scoliosis affects only one in 10,000 babies, but today she is healed. “I was diagnosed at five years old, and doctors were saying I might not be able to walk or do normal childhood things,” she said. “I was ready to start running. So, I definitely don’t think I was limited as a child. I was gonna be running, I was doing backflips and everything I possibly could.”

However, Katy realized soon, though, that it was not in her own strength that she was operating. “All the strength that I had God gave me, and God was just constantly holding me up.”

At 14, metal rods and screws were surgically placed in her spine in hopes of helping fight against the progression of the disease that was starting to affect her heart and lungs. But unfortunately, the surgery left her in daily excruciating pain so much that she didn’t want to get out of bed.

“I was dealing with severe depression and anxiety to the point where my life was taken away from me,” Katy said. “Every single day, I would just be asking God why. Why didn’t things go the way they were supposed to go? Why do I deserve this kind of thing? It wasn’t God’s plan for all of these things to happen. There was one day that I was really out of place. I looked at a bottle of pills on my dresser, and I picked it up. I immediately felt something say that I’m not done yet. My story wasn’t over.”

For three years, Katy continued to hold onto that moment and trusted God had a plan beyond what she could see. “So after that day, I just kept going, and I kept believing that God had more in store for my life.”

Soon one of the doctors on her team, not wanting her to live in pain, said the only option left for her was to remove the metal rods and screws.

“Hearing those words, it was hope for the first time, and I hadn’t experienced that,” she said. “On that same day, I saw a rainbow outside. It was one of the biggest rainbows I’d ever seen in my life. To this day, I carry around a rainbow keychain because it’s God’s promise. God was going to fulfill the promise and is still fulfilling the promise today in my life. I look back on that day, and I just remember having peace. There was something in me that assured me that God was about to do something here.”

After the second surgery, Katy had a miraculous encounter with the Lord. “There wasn’t a single window in the ICU, but I was seeing the light for the first time. I had an encounter with the Lord that I’d never had before. I knew at that moment that God had a purpose for my life. I didn’t see it immediately. I

just knew that there was a reason why I’m here,” she said.

“After the surgery was done on my back, my spine is actually straighter without the metal rods and screws in it. Medically, that’s not really possible.” People are amazed by the healing Katy received and cannot fathom how her spine hasn’t returned to its previous condition.

Today, she’s incredibly grateful for the three years of struggle that she endured. She knows the test of faith was worth it. “I look back, and not a single second is wasted. Not a single second doesn’t bring glory to God’s name. For so many people out there, we all have our three years. And I don’t know what that is for you or for anyone else. But those three years can be brutal. And it can really test your faith in ways that you just don’t expect.”

Fast forward to 2020, Katy felt an intentional need to start a prayer journal. “When everything shut down, it was scary. The journal was a way for me to jot down some anxiety that I had and give it to God,” she said. “Over the next couple of years, I saw God answering prayers that I had no idea how He ever would. That was something that I never would have thought was in my wildest dreams. And God brought that to fruition. I think those moments for me are absolutely incredible.”

Her healing story and journaling led to the writing of her hit song “In Jesus’ Name (God of the Possible),” but it didn’t exactly start out how it’s heard today.

“In August 2021, the night before I went into the writers’ room, I had a panic attack, and I felt God leading me to a piano. When I wrote down the original words of the song, they were “let there be healing, let circumstances change,” like God allowed this to happen,” she said “But when I went to the writers’ room, both the other writers said that what the world needs is prayer. And so, this was part of the song that I had just had on my heart. Originally, the song was not what you hear today on a song called ‘God of the Possible.’ It’s completely different.”

Katy said that “God of the Possible’’ wasn’t the same clip that she posted on TikTok praying for circumstances to change. “That whole portion was the bridge of ‘God of the Possible,’ so it wasn’t the chorus of the original song. So, over the course of August to December, I was rewriting the song. It took months for us to rewrite and captivate the message of the song because I knew what I needed it to be but I didn’t know how to write that. But I didn’t have to do a whole lot of work when it came down to writing the song. The

“The verses of ‘In Jesus’ Name (God of Possible)’ came out of another panic attack that I had, where I felt God leading me to my piano. I had an encounter with the Lord every time that I would write another piece of the song. I think that my whole life led up to this song. I know God had this plan from the start.”

Going through this journey, Katy believes she’s in a place where she doesn’t need to see gigantic miracles to know that God is good. “I don’t need to see it to believe it,” she said, “but I just see God showing up in these little moments. And I am in awe constantly.”

The viral success of “In Jesus Name (God of the Possible)” has opened tremendous doors for Katy, including performing the hit song during Chris Tomlin’s Nashville Good Friday service. Her schedule is filling up quickly for this summer also as she prepares to release a new project.

“I just constantly remind myself it’s not about me,” she said. “I’ve been given this gigantic gift. So, I praise God for every single little thing. I’m constantly thanking Him and being grateful for where I’m at. Even if I had little, I’d still be thanking him for that.”

In today’s uncertainty, Katy knows that it sometimes feels like a dark cloud hovers around, but she wants to remind everyone that God is present as well. “God’s light is beaming through that dark cloud constantly, and it’s shining on us,” she said. “If we receive that light, we can go out to the world, and we can shine for others to see. Jesus says that and I really want to urge people to do that. I’ve dealt with quite a bit in my life, and I am reminded of the goodness of God when I see someone else beaming in the light that Jesus has given.”

Get this issue delivered FREE to your mobile device
by texting LEADINGHEARTS to 64600. 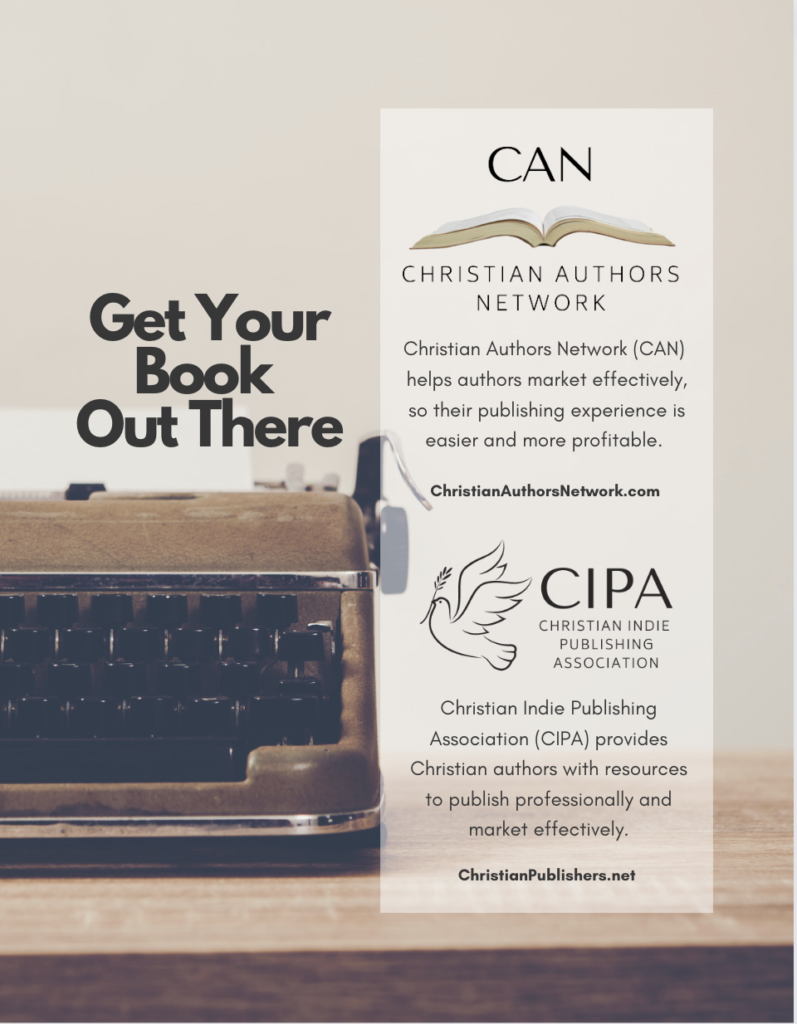 Can Momma Love Change The World?