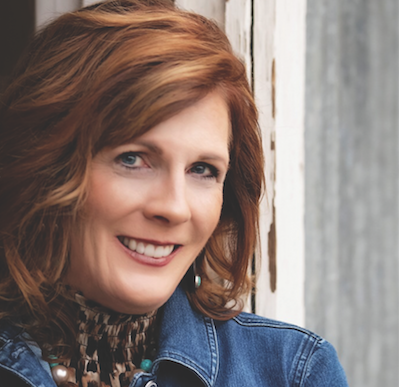 SHE NEVER SAW IT COMING — THE MOMENT HER HONDA PILOT WOULD SKIN A GUARDRAIL BEFORE FLIPPING SEVERAL TIMES AND LANDING IN A DITCH. At that time Page Geske didn’t realize that over the next year of her life, she would encounter the goodness and faithfulness of God … as He literally moved her from wreckage to redemption.

In July of 2007, with less than three hours to go, on Highway 15, near Blackfoot, Idaho, Page and her daughter, Andrea, were driving home from Montana where Page’s husband had taken a job. The family chose to keep their roots planted in Idaho for the sake of the kids with frequent visits to see Matt.

“Andrea had turned 16 and I thought it would be a good chance for her to gain some experience driving. So we pulled over and switched seats. I should’ve known better; she didn’t get a chance to adjust everything in the car for her to drive comfortably.”

The moment Andrea reached down to adjust the settings of her seat, she lost control of the car, crashing at 65 miles per hour near milepost 95 of Highway 15.

Despite the vehicle rolling like a pair of dice, she walked away from the accident unscathed.

“I prayed two prayers,” Page commented. “I prayed my daughter wouldn’t be alone and that a physician would arrive on the scene.” Miraculously, a doctor arrived on the scene, stabilizing Page’s life-threatening injuries to keep her from dying. When they arrived at the trauma center, a nurse took Andrea under her wing. Both of Page’s prayers answered.

In the weeks that followed the accident, Page realized she had a choice in how she moved forward. During her stay at the hospital, she received support from many, but there was one presence she was desperately missing — her husband.

Page recalls, “I never expected my husband to abandon me; I was shocked when he chose not to come to the hospital.”

Page didn’t know that the next year of her life, she would encounter the greatness and faithfulness God.

Page says, “I thought the miracle of my life would be surviving eight surgeries and three months in a hospital bed!” But there was so much more to God’s greatness and His plan for her. With time Page began to tell the story of God’s goodness and provision for her. Little did she realize, her story would later fill the pages of her book: Milepost 95: From Wreckage to Redemption. The book was birthed out of the desire to inspire courage and hope, with a message of trusting God one moment at a time.

Learning to trust and find the motivation to thrive are just a few lessons God taught Page during her recovery. Her story reveals how Jesus called her to be a light during a time of difficulty.

“For anyone reading my book, I pray they will find the courage and strength of His presence to help in their own situations. For people struggling with an unexpected transition in their life, Milepost 95 will give them the strength and power to see how God can use you in your most broken moments, to give inspiration to those around you.”

Stop the Arguing! — Plus Holiday Recipe for Cranberry and Meatball Baguettes